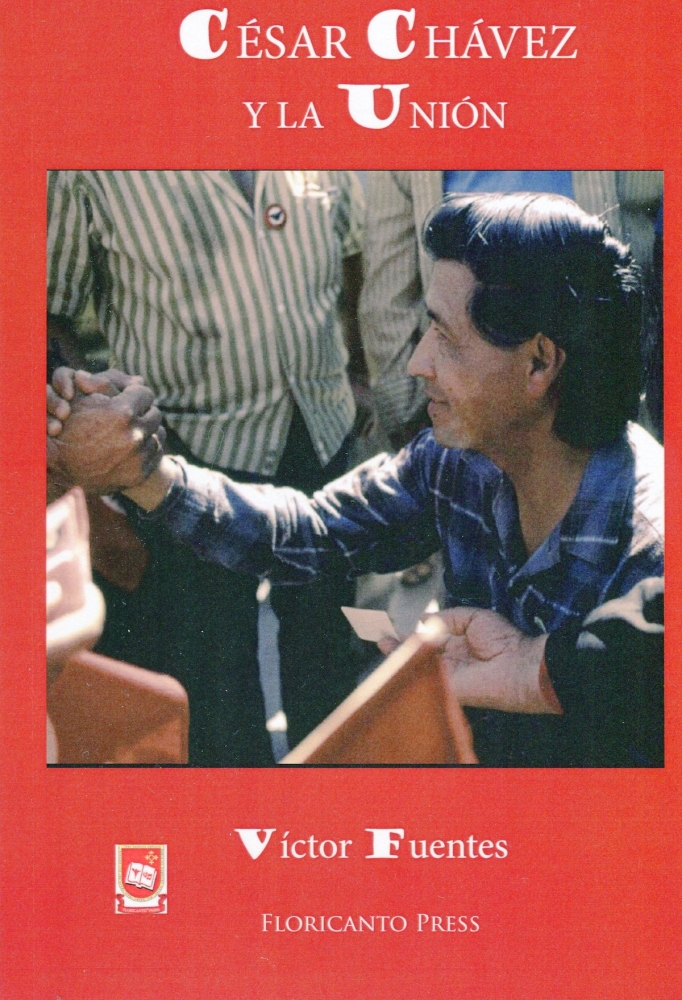 When César Chávez founded the National Farm Workers Association, which later became the United Farm Workers (UFW), he did it mostly in Spanish. For more than 30 years, he inspired millions of people — and hundreds of books about his life and work. Oddly, however, few of the works about the acclaimed labor leader published in the U.S. were written in Spanish.

Victor Fuentes, UC Santa Barbara professor emeritus of Spanish and Portuguese, has added to the catalog with “César Chávez y la Unión: una historia victoriosa de los de abajo” (Floricanto Press, 2015). The work traces Chávez’s life from his early childhood to his work in building the UFW into one the most influential labor and civil rights movements of the 1960s and ’70s. Fuentes also takes a close look at the last 10 years of Chávez’s life and work, a period seldom documented.

“He was charismatic and a great leader,” said Fuentes, who knew Chávez and volunteered on the Spanish edition of the union’s newspaper, El Malcriado, at La Paz, Chávez’s compound in the Kern County town of Keene. “Most of the people who write about him concentrate on the ’70s. In the ’80s, the unions started losing their gains; that’s why I focused on the last 10 years of his life and work. He was very alive and struggling, till the very day of his death, and kept on pushing and moving on.”

Although some recent writers have been critical of Chávez and his handling of the UFW in the late ’70 and ’80s, Fuentes holds that political and economic circumstances of the time crippled the labor movement. Neither Chávez nor the union could hold back the anti-union forces of the Reagan administration, California’s Republican governors and corporate America.“The union of course is not what everyone expected it was going to be — a great national union,” Fuentes noted, “but what happened to the unions in the country?” Today only about 7 percent of Americans belong to a union, down from a high of 36 percent in the 1950s. “He did make some mistakes, but it’s nothing compared with the great things that he did.”

Fuentes would prefer to focus on Chávez’s broader legacy, calling him “a kind of father of the Chicano movement” and one of the most important civil rights leaders of his time. “I think that’s one of his greatest achievements. He opened the field for minorities. That’s why so many schools now have his name. He was very interested in education and knew public schools were the way to go up the ladder for minorities. You see it now at UCSB. When I came here in ’65, there were four or five Mexican-Americans, and now there are thousands of Chicano and Latino students.”

The book comes on the 50th anniversary of two events: the UFW’s successful grape strike and boycott; and Fuentes’ hiring at UCSB as an assistant professor. The boycott drew the support of 17 million Americans, and led to some of the first big labor contracts for the UFW.

As for Fuentes, the years leading up to his arrival on campus gave him unique insight into the social and political struggles Chávez embraced. Born in Spain, Fuentes twice was forced to flee the country. The first time came in 1937, when with his mother he crossed into France during the Spanish Civil War. He was 4 years old. He fled again in 1954 during the student protests against the dictator Francisco Franco. He made his way to the U.S. and earned his Ph.D. at New York University in 1964.

The author of more than 20 books and 250 publications, Fuentes is a renowned scholar on the works of the Spanish and Mexican filmmaker Luis Buñuel. He started a biography of Chávez 40 years ago but couldn’t get beyond the first chapter because of time constraints. He said he hopes the book feeds the cultural pride the labor leader stoked at a time when Latinos, especially farm workers, were voiceless and powerless.

“The Latino community and culture, that’s why I wrote the book in Spanish — the great cultural heritage,” he said.

Please check your e-mail for a link to activate your account.